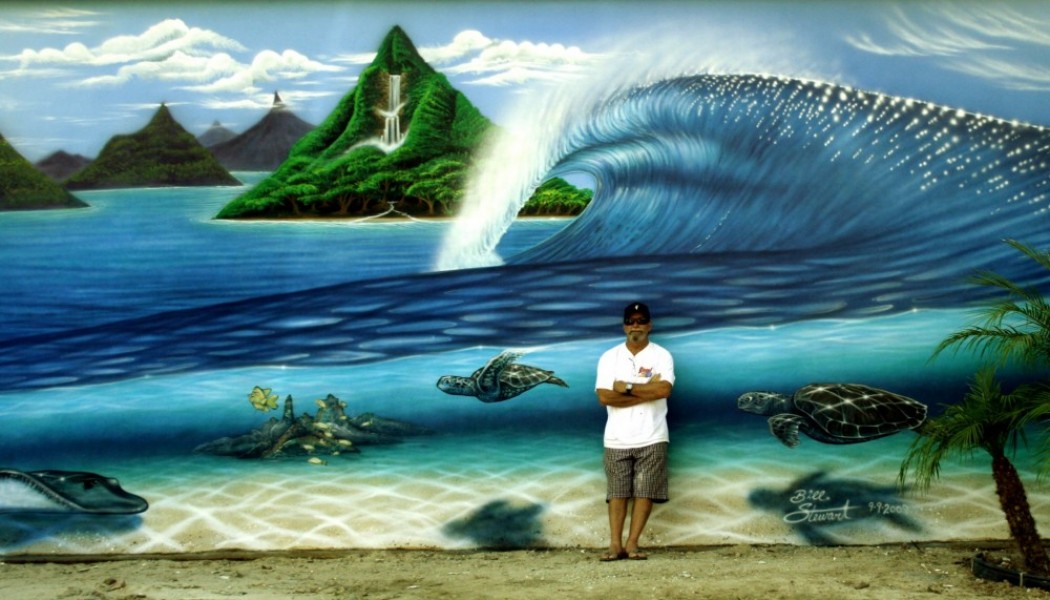 Like many kids that grew up in Southern California, my first surfboard was shaped by Bill Stewart. It was a used 9’2’’ longboard with a solid two inches of wax built up on it, a collection of dings, and had already logged a lifetime on the water. But it was perfect. Now, a decade later, I’ve been given the chance to meet its maker.

Bill Stewart is much as I imagined him. He’s got the weathered look only a true surfer has. He’s well-spoken, friendly, quick-witted, and pokes fun at himself every chance he gets. He shakes my hand and proudly presents a pink fingernail. He has granddaughters.

But even legends have to start somewhere.

Stewart prides himself in being Kentucky’s greatest surfer as he was born in Bowling Green, Kentucky in 1951. He was raised on a lake in Florida where he experimented with water dynamics from an early age by towing anything and everything behind a neighbor’s boat. At age thirteen, he caught the surfing bug and mowed thirty-two lawns for a buck a piece in order to buy a used Hobie longboard. In 1967 he shaped his first board.

“I didn’t know how boards were made and Florida wasn’t in the hub of the surf world. I took an old longboard and grinded the rails, peeled the glass off and took out the blank that was inside and shaped that. It rode terrible,” he says of his first go. “I put laminating resin on the whole thing, went down to the beach, set it down, and it stuck to the sand. The resin never got hard; it was funny.” 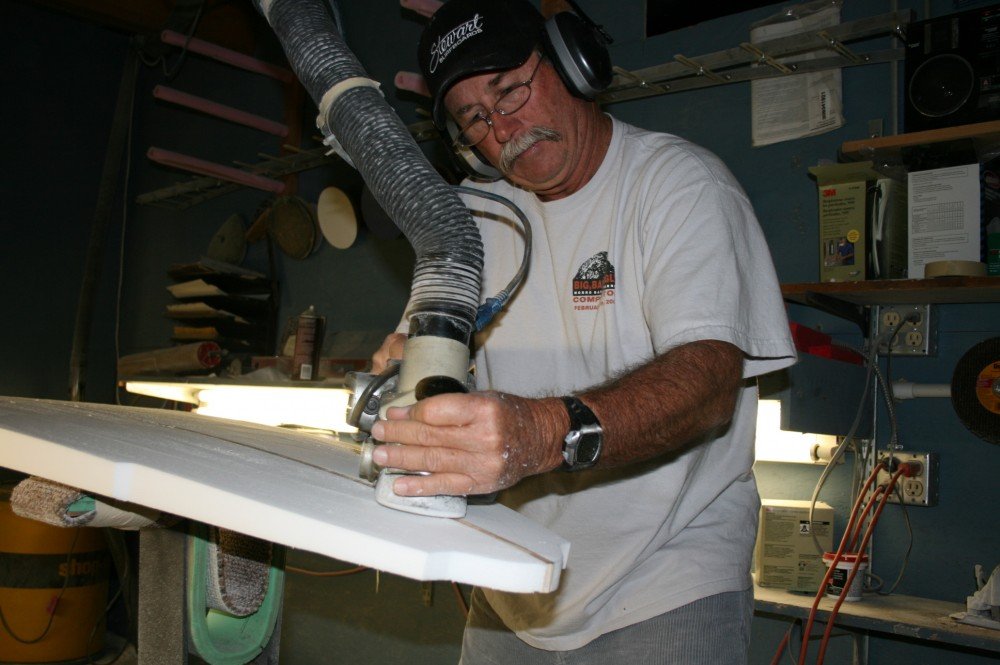 A few years later, he bought a used van for $500 and made his way to California. He spent a year cleaning apartments, making just enough money to scrape buy, before landing a job with Rick Jones sanding, polishing and air brushing boards. From there he worked for South Shore for about eight months before finally landing a job as a shaper and airbrush artist for Hobie. In 1977 he launched his own company and went on to become Hobie’s biggest competitor.

He planted his stake on a little street in Dana Point that was referred to as the “alley of broken dreams.” He manufactured every board himself: sanding, shaping, glassing, and air brushing each board to perfection. His boards became increasingly popular due to his radical artwork with funky drawings and cartoons he painted on them by hand. With the company taking off and a family to support, Stewart hired his first employee and eventually moved the shop to its current location on El Camino Real in San Clemente.

Over the years Stewart has made quite a mark on the surf industry. He’s credited as the co-inventor of the Futures modern fin box, was voted best artist by SURFING magazine, painted live murals on MTV, held the Hobie license and manufactured their boards for twelve years, designed plugs for Clark Foam, flown and shaped boards around the world, brought home numerous titles as a competitive surfer, and even launched a snowboard line. But his proudest accomplishment to date was innovating the modern longboard in the form of the Hydro Hull.

“The Hydro Hull was the benchmark, the fork in the road from the old board to the modern, progressive longboard,” Stewart says. “What made it so unique was the 2+1 fin configuration.”

He’d take his innovative designs out to contests and bring home wins, which got people interested. 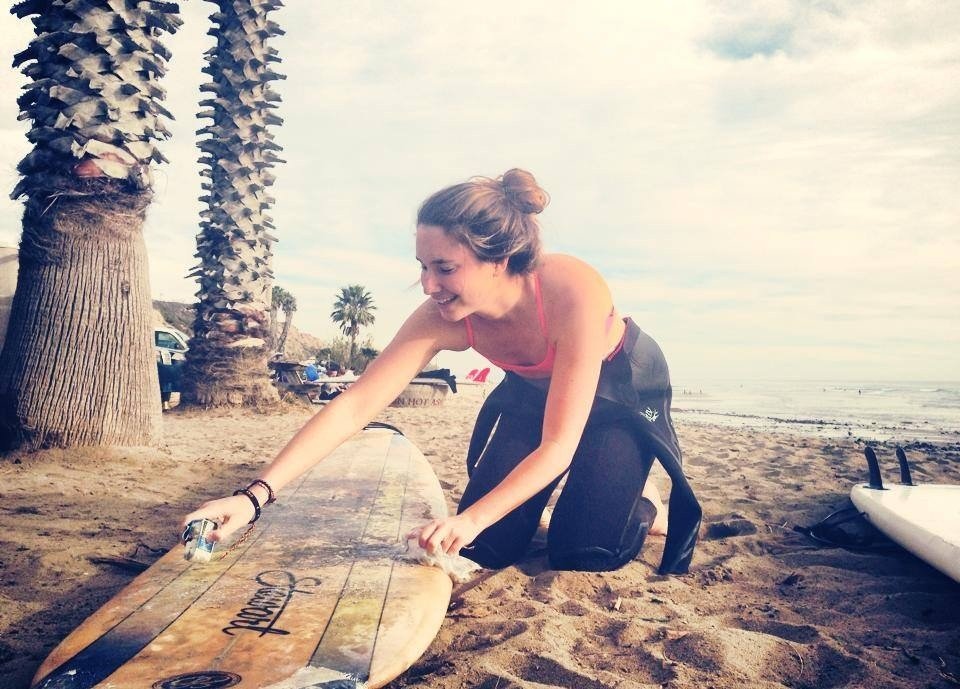 Stewart Surfboards in the wild.

“The Hydro Hull was so unique at the time, nobody had ever seen anything like it,” he recalls. “I was competing against people with old vintage longboards and here I’d pull up in a Porsche and the other guy’s in a Volks Wagon and wants to race. It was a huge advantage for me in the contests.”

In 1985, Stewart flew to Japan, introducing the modern longboard to the country for the first time. His design quickly caught on and today the 2+1 fin design has become standard.

The Future of Stewart Surfboards

Now, at age 65, Stewart has taken a backseat in the company. He has 55 employees that pump out 5,000 boards a year, but he personally only shapes when it’s necessary. After shaping 40,000 boards in his lifetime, he’s interested in focusing on other aspects of his life—his friends, a family, and a fishing boat he recently invested in. He still surfs occasionally and swings by the shop from time to time, as I imagine he’ll do for many years to come.

Stewart Surfboards has been around for forty years now and Bill is uncertain what it’s future will hold. Maybe he’ll sell, maybe one of his granddaughters will take over, or maybe it will run its course. Regardless, it’s been a good run and for now at least, it’s still running.

Bill Stewart in a lot of ways is a hero of mine. But the cool thing about meeting your heroes is you find out they’re just ordinary people with extraordinary talent.