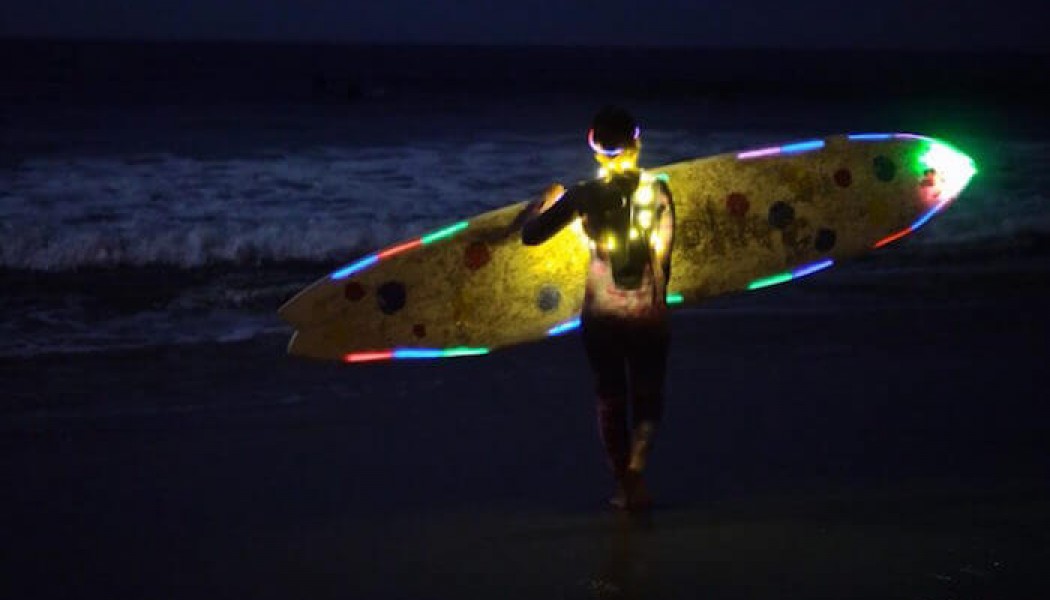 November saw the visit of the closest full moon since Janurary 1948, and many of us were treated to a night sky lit up by a big and bright supermoon from the 13th through the 14th.

Dubbed the “Queen of Noseriding” by the New York Times, Kassia Meador stepped away from sponsored surfing in 2013 to begin building her brand, KASSIA+SURF , as a beacon for women empowerment and sustainable wetsuit gear.

For one who seems to be overflowing in stoke for surfing and the planet, itʻs no surprise that the weekend supermoon brought her and some friends out to an uncrowded Los Angeles break to slide under the big bright space rock.

“I love going surfing in the full moon. Sharing in an experience like this with friends is more magical than anything else,” Meador enthused from the beach as the crew suited up. Outfitted with the traditional night-surfing accoutrement, glowstickʻd surfers were followed by cameras on the beach and in the air with drones as the friends celebrated the rare event. The video was posted with the feeling of “…an experience that re-energizes good vibes in a way the world needs right now.” We can always count on The Inertia to provide some positivity.

The term ʻsupermoonʻ was adopted from astrology in 2011 when a full moon in perigee (the moonʻs closest point to the earth) fell on March 19. And although both October and December of 2016 also have supermoons, Novemberʻs moon was ʻsuper-duperʻ because its perigee of 356,509 kilometers was the closest to earth in over 68 years.

All full moons bring more extreme tides, and both higher than high and lower than low tides are known as spring tides. The supermoon didnʻt cause too much disruption from the norm however, unless a local storm event happened to exacerbate the swell. The highest tides tend to follow behind the full moon by a day or two.

Kassia Meador is a well-known name among female surfers, and her prowess on the waves can be seen in films like The Heart and The Sea and El Viaje .

“Bringing people together under the full moon – itʻs ritual.”

Seems like Kassia plans on being at the next one too.