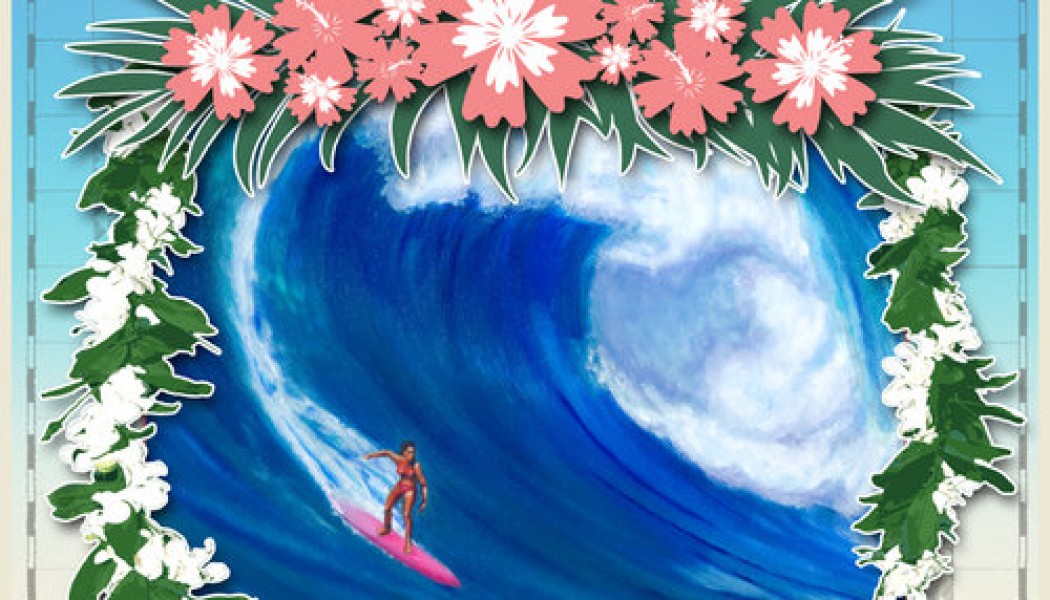 On Thursday October 26 I emailed Wrenna Delgado – a big wave gal I had met while working my book, Women Who Surf: “Wrenna I’d like to interview you about the women’s event and also about motherhood and other things. Is that Piahe swell going to light up Waimea? Think your women’s event will go on Sunday? If you have time I can email you some carefully-considered questions and you can respond with carefully-considered answers. Or meet me at Shark’s Cove Grill? That’s my hangout.”

A day later, she responded:

Hey Yes! I’m a little crazy at the moment but definitely send questions my way! Cannot believe it’s actually happening! No go for this swell, cross your fingers and sacrifice something for another swell soon: 20 foot, light winds, blue water, NW swell. 17-19 second period. I’m not asking for much right?

Mercedes Maidana and a way pregnant Wrenna Delgado at Three Tables, on the North Shore, during the summer of 2017. Photo: Ben Marcus.