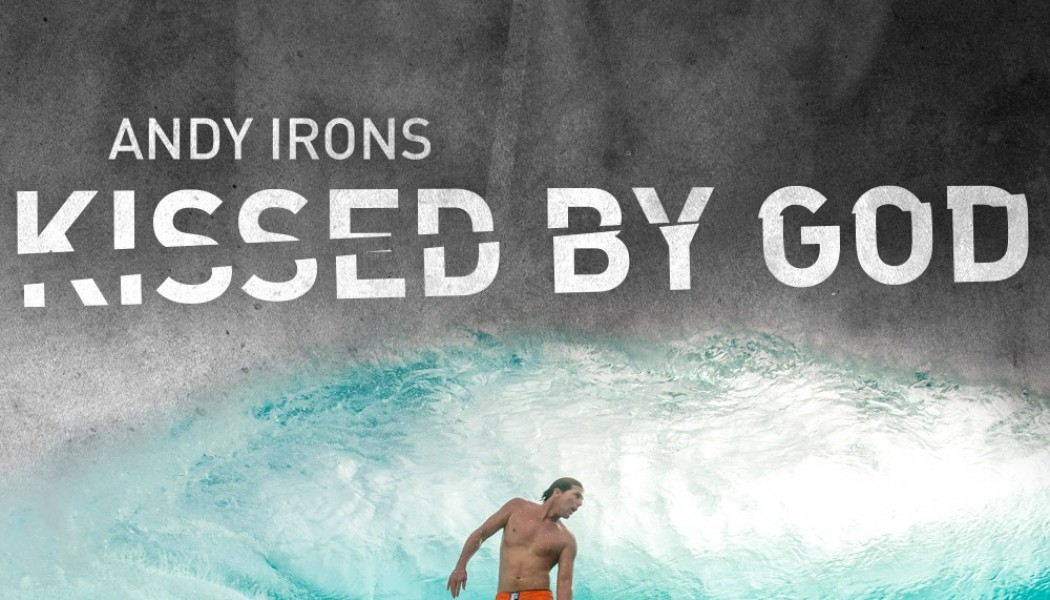 Andy Irons’ brain: A swirling, cacophonic kaleidoscope of influences – natural and unnatural, good, bad and ugly: Family pride and depression, sibling rivalry and love, adrenaline and endorphins, the physical and mental stresses of competition discipline, opioids. Highs and lows, Pine Trees to giant Hanalei. From the quiet, protected sanctity of Kauai, to the dangerous rattle and hum of the world. The natural beauty of Hawaii, the ugliness of drug abuse. Ambition, Kauai pride, self-love, self-hatred, the thrill of victory and the agony of defeat.

And just the emotional swing of being an endorphin-addicted, surf-stoked surfer. All surfers know the feeling. Andy Irons cranked it to 11.

The curse of greatness: Rising to it, achieving it, holding onto it, getting it back. That curse will drive men mad: Ted Turner, Bill Gates, Van Gogh. History is lined with men and women who were thought to be crazy, and whose behavior was crazy until the swirling voices of ambition in their head became satisfied.

All of these elements orbited Andy Irons’ Gulliver like angels and devils and propelled one of the most dynamic surfers to emerge out of the late 20th Century and blaze into the 21st. Andy Irons was one of the few guys who could sit under the balcony of Kelly Slater, strum a ukulele and sing, “Goodbye Old School.”

And make Slater angry enough to ride from the ashes and re-open that can of whupass.

Andy Irons: Kissed by God, is all about the brain of Andy Irons, and all the forces that soothed and assaulted the noggin of a guy with surfing and competition in his family tree, who was nurtured by the isolated beauty and epic surf of the North Shore of Kauai – the liquid anvil that has hammered out some of the world’s most dynamic surfers, kane and wahine: Titus Kinimaka, Rochelle Ballard, Keala Kennelly, Laird Hamilton, the Alexander brothers, the Irons brothers.

Nurtured by Kauai, then unleashed on the North Shore, and then the world. This is about the mind of a guy who was willing to embrace the physical and mental discipline that competition requires – and had the will to dare to live up to his vision of greatness.

In October 2010 Andy Irons died alone in a Texas hotel room while flying back to Kauai from a contest in Puerto Rico. Irons was 32 when he died, and in the middle of a comeback after winning three World Titles from 2002 – 2004. The sudden death of Andy Irons inspired a swirling waterspout of rumors and half-truths about what killed him: Dengue fever, or drugs?

Andy Irons: Kissed by God began four years after Andy died, and was four years in the making. This is a first-rate, quality documentary that had a special premiere on May 31 – showing and selling out theaters around the country and the world.

The movie is a fast-moving montage of sounds and vision, which give some idea to all that went on in Andy’s head. The story is moved forward by friends and loved ones. Sitting quietly before beautiful backdrops and in garages, we hear from familiar faces like Kelly Slater, Lyndie Irons, Joel Parkinson, Nathan Fletcher, Sunny Garcia, Cory Lopez and Bruce Irons.

But we also hear from people we don’t know – the friends and family of Andy Irons, who all have their angles on how Andy’s talent evolved, the struggles he faced, how he succeeded, how he failed and what ended Andy’s arc way too soon.

The interviews are emotional, sincere and regretful but mostly honest: “They never want to accept the fact that me and my brother were big fucking monsters,” Bruce Irons says in the movie, as honest as he can be.

“Believe it or not, we were manipulative in getting what we wanted, especially if it came to drugs. You know, you start getting into heavy fucking addiction with these pills. I know that was ruling my life, and I know it was ruling my brother’s life, too.”

Perhaps the only person as close or closer to Andy Irons was his wife, Lyndie, a lovely young woman who was pregnant when Andy Irons died, and gave birth to their son two weeks later: “He was very confused,” Lyndie says in the movie.

“Didn’t know what to do. He sat in our condo for two months straight and didn’t say a word. I’d scream and yell and just be like, ‘Just tell me you’re okay.’ I’d do anything to try to get anything out of him. And it was nothing. Until he left one time, and that’s when I got scared. I remember finding him on a mattress with no sheet or blanket, barely alive. He always told me, ‘Don’t you dare tell anyone,’ so it’s like I had to go to freaking Foodland and act like everything was fine, and I had a dying, heroin husband at home. I look back now, and I wish, I think I was just trying to protect him, and in a way I wasn’t protecting him, but that’s what he wanted.”

Andy Irons: Kissed by God hides nothing in exploring the depths of drug addiction that afflicted Andy Irons, and his friends, fellow pro surfers and Kauai buddies – the same drug addictions that have become a plague in Hawaii, the United States and around the world.

People are dying from opioid addiction with great regularity, and in the past several years, a lot of well-known surfers have died in their 40s and 50s: Jay Adams, Barney Barron, Vince Collier, Buttons Kaluhiokalani, Brock Little. Some of these deaths might have had drugs as a catalyst, but that’s a lot of guys dying young.

Andy and Bruce and friends were young, healthy, wealthy and immortal, so it was party, party, party.

The question is left hanging in the air: “Why would a big, strong, healthy, accomplished surfer need to do drugs? Wasn’t success and money and fame and living your dreams enough?”

The interviewees also include psychiatrists Dr. Andrew Nierenberg, Director, Dauten Family Center for Bipolar Treatment Innovation at Massachusetts General Hospital, Professor of Psychiatry, Harvard Medical School. and Mark Vonnegut, a Harvard Medical School MD, son of Kurt Vonnegut Jr. and someone who has suffered from schizophrenia. Both of these doctors speak from clinical and personal experience about bipolar disease: Where it came from in Andy Irons, and where it lead him.

Andy Irons was blessed with tremendous highs – the waves he got to ride, traveling as a pro surfer, partying, fame and adulation, women and meeting the love of his life, Lyndie.

But Andy’s emotions swung high and low, like the surf along the North Shore of Kauai. There were times when his life went flat, and his behavior crossed the line into suicidal – not an uncommon state for anyone suffering from bipolar disease. According to Bruce and other friends of Andy, on a boat trip to Indonesia in 1999, Andy was celebrating his 21st birthday when he did the same thing Mrs. Mia Wallace in Pulp Fiction: Took a huge snort of morphine and nearly died. Irons flatlined in an Indonesian intensive care unit for eight minutes before coming back to life.

Three years later, “My brother went on to win the world title,” Bruce Irons says into the camera. “from being fucking dead.”

Some believe that surfing itself should be classified as a chemical addiction, or a form of mental illness. Only surfers know the high/low emotions that come from surfing: The obsession with perfection, of not missing a good day, the incredible chemical high from surfing hard, getting barreled, taking chances, and risking life in the deep and dark blue ocean.

Surfing causes extremes of behavior, because surfers moods swing like the ocean. But Andy Irons’ swung a little harder than most. Factor in ambition, competition, sibling rivalry, family pressure, media exposure, travel, fame, and it’s not hard to understand the demons that plagued Andy Irons, and the angels who tried to console him.

Andy Irons held as many conflicts in his heart as he did in his soul, and in the end, his heart couldn’t take it. The official cause of death for Andy Irons at 32-years-old was coronary atherosclerosis (a heart attack) with “acute mixed drug ingestion:” as toxicology tests found Xanax and Methadone in Andy’s system, along with Benzoylecgonine – a residue of cocaine use.

Andy Irons: Kissed by God is a sometimes bright, sunny and funny, but mostly somber detailing of the life and death of Andy Irons. It should serve as a cautionary tale to a world that is beset on all side by the tyrannies of drug abuse and mental illness. These things are a plague sweeping across Hawaii, the United States and the world, and Andy Irons joined Prince, Michael Jackson, George Michael, Amy Winehouse and other public figures whose stout hearts could not handle the brain swirl of talent, greatness, love, hate, ecstasy, depression.

The highs and lows of a close relationship with the ocean.

The curse of greatness.