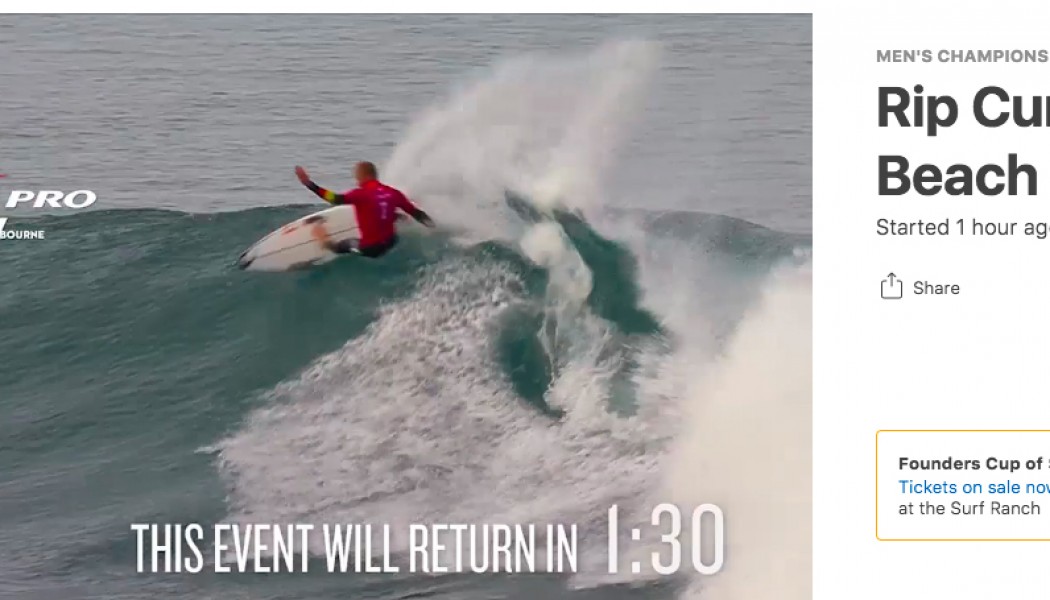 Mick Fanning will take a final bow at this year’s Bells event – his last before retiring.

Easter is coming, the bunnie’s getting fat. Pro surfers are all flocking to Bell’s Beach, what do you think of that?

1. THE CONTEST HAS BEEN AROUND FOR 56 YEARS

According to Matt Warshaw in The Encyclopedia of Surfing:

Local surfers Peter Troy and Vic Tantau, cofounders of the Bells Beach Boardriders Club, staged the inaugural Bells contest in January 1962, armed with a folding bridge table and a small box full of small, inexpensive trophies. “Peter and I put the word out that we would be holding a competition at Bells the first weekend the waves were nice and big,” Tantue later said. “Then we just set up a card table on the beach and judged the whole thing ourselves.”

It was a single-division, men’s-only contest, won by Sydney surfer Glynn Richie, with local George Smith awarded a special cash prize of one Australian pound for riding the day’s biggest wave. The Bells contest soon earned a reputation for providing bigger-than-average surf, with six to eight-foot waves common; the 1965 event was met with steel-blue 18-footers.

The Bells Beach contest has always been connected with the Australian surf industrial complex located in nearby Torquay. In 1973, Torquay-based Rip Curl Wetsuits put up $2,500 in prize money, and has been the title sponsor ever since. In 1976, the Bells Beach contest was part of the debut world tour, with Hawaii’s Jeff Hakman winning the event – the first non-Australian to do so.

4. HELLS BELLS: THE 1981 CONTEST WAS EPIC, AND WORLD-CHANGING

Back before the days of spot-on surf predictions, when forecasters could tell a swell was coming the moment a leopard seal farted in the Antarctic, surfers didn’t know what was coming, and there could be surprises.

In 1981, the Roaring Forties threw a bit of a surprise packet at the Bells contest, rumbling 12 to 18-foot surf at the best surfers in the world – most of whom were horribly undergunned and did their best to handle giant surf on bad equipment.

Simon Anderson had good equipment, however. The 1981 Bells event marked one of the debuts of Simon Anderson’s three-finned Thruster surfboard – which handled the giant surf nicely nicely – and changed the world of surfing forever.

The long, ripplable rights of Bells Beach have been a visible battleground going back to the 1960s, and there have been epic battles. But Tom Curren vs Mark Occhiluppo in the 1986 semifinal is considered one of th best.

Last year, Bells was one of the year’s big events.

Mick Fanning is retiring from pro surfing, which means this will be the final regular, non-wildcard appearance for the four-time Bell-ringing champion: 2001, 2012, 2014, 2015.

According to Nick Carroll, it will be emotional:

Could not have picked a better place to step away. At Bells Beach, Mick Fanning is the most beloved surfer in human history, and this year, it’s all gonna come out. People will weep in his presence. They will prostrate themselves before him, and clutch at the hem of his FlashBomb. (And that’s just Wilko and Owen!) I don’t believe in the circumstances that Mick will pull off some magnificent win — a retiring pro surfer often feels quite weird about the situation, and doesn’t really want to knock out potential title challengers. But in a funny sort of way I think he’s doing the men’s tour a favor. The roster has been out of balance now for a couple of years, caught between the gnarly 30-plus brigade and a brilliant younger crew, only some of whom have found a solid place in the CT. Mick may only be one person, but the symbolism of his retirement is bigger than that, it opens up a lot of air.